Are you looking for a long story in English whose moral story is Tit for tat? If yes, then well. Today, I will share such a story. I hope you will love it and share it with your friends.

An old man was seriously ill, and he used to cough severely. He was suffering from an incurable disease. Because of this, he was not allowed to sit and spend time with his grandchildren and family members. Furthermore, he lived in his room alone and no visitor or relative was allowed to visit him. His daughter-in-law was irritated with his disease. She considered her father-in-law to be a burden in her husband’s house.

Whenever any relatives wanted to meet the old man, his daughter-in-law always warned them to stay away. She would always tell the guests that the cough and flu could catch them too because “the disease was spreading with touch and sniffing”. Therefore, the relatives nor the guests questioned leaving the old man alone.

You May Also Like to Read the Following Stories:

Long Story In English With A Moral Lesson: Friends Stick Together.

Over time, guests also stopped raising voices for him. The only son and his wife kept treating him badly, throwing food into his room and never allowing children to meet him. Although the poor man was ill, his disease was not like an epidemic. His daughter-in-law and his son didn’t want that old man to meet anyone who would complain about their actions.

The old man wanted to spend his last days in the gathering of his relatives and his friends. But in the loneliness, his condition worsened. His daughter-in-law was so careless about his health that she used to throw the food on the dirty floor and refused to serve him. She was always scared that she or her children would catch a cold because of him. She wanted to get rid of this disease as soon as possible. Suddenly, an evil plan appeared in her mind, and she asked her husband to move his father to another place.

She scared him by saying that their children might be ill if the problem of the old man is not solved. The old man’s son agreed with his wife. He told his wife that “he would take his father and send him away from their home so that his severe cough and flu couldn’t disturb their lives”. The next morning, he told his father that he would take him out to lighten up his mood.

However, the old man knew what he was going to do with him, but even so, he couldn’t utter a single word due to his cough. The old man’s son took his father over his shoulder because he was not able to walk or stand on his feet. His son’s steps were moving toward the river, and the old man’s body was trembling and shivering with fear. His son had already decided to throw his father into the nearest river.

While traveling, both rested underneath a tree and the old man pointed to a bird and asked what that was? His son told his father that the bird was a crow. The old man again asked what that was, and his son, now angry, replied with the same answer. The old man again asked the same question and this time his son became so furious and replied, “Are you mad? How many times I have told you that it was a crow”. The old man said to his son, do you remember once in your childhood you asked about a crow more than 50 times and I answered it without anger. His father’s words touched him unexpectedly.

The old man told him that he had thrown his father there; he was pleading with him not to throw him in that same place. His son’s condition had worsened, and his face was pale because of fear. He couldn’t imagine his future in his own son’s hands like that. If he threw his father in the river, his son could also do the same thing with him one day. This voice resounded in his ears. He didn’t throw the old man into the river. He took him back and started giving respect to him. Now, he had learned his lesson.

The old man’s son told his wife to respect his father and let his children meet with his father. At first, she didn’t permit it, but she changed her behavior toward the old man when her husband told the whole incident. Both respected him and loved to spend time with him after realizing their shortcomings.

Moral of the story:

The moral of the story is Tit For Tat.

In this world, we have to reap whatever we sow. We often hurt people without knowing that one day we will have to bear the same by someone. This story will define a famous saying “What goes around, one day comes around” because whatever we do today with our parents, the same we will have to face with our children. 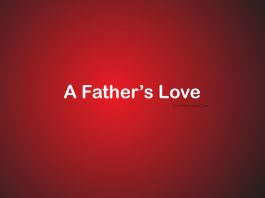 A Father’s Love (Manage Time For Your Family) 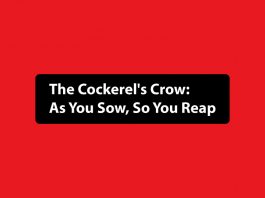 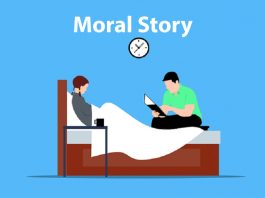 What is a moral story?